Roccamonfina, in the heart of a volcano 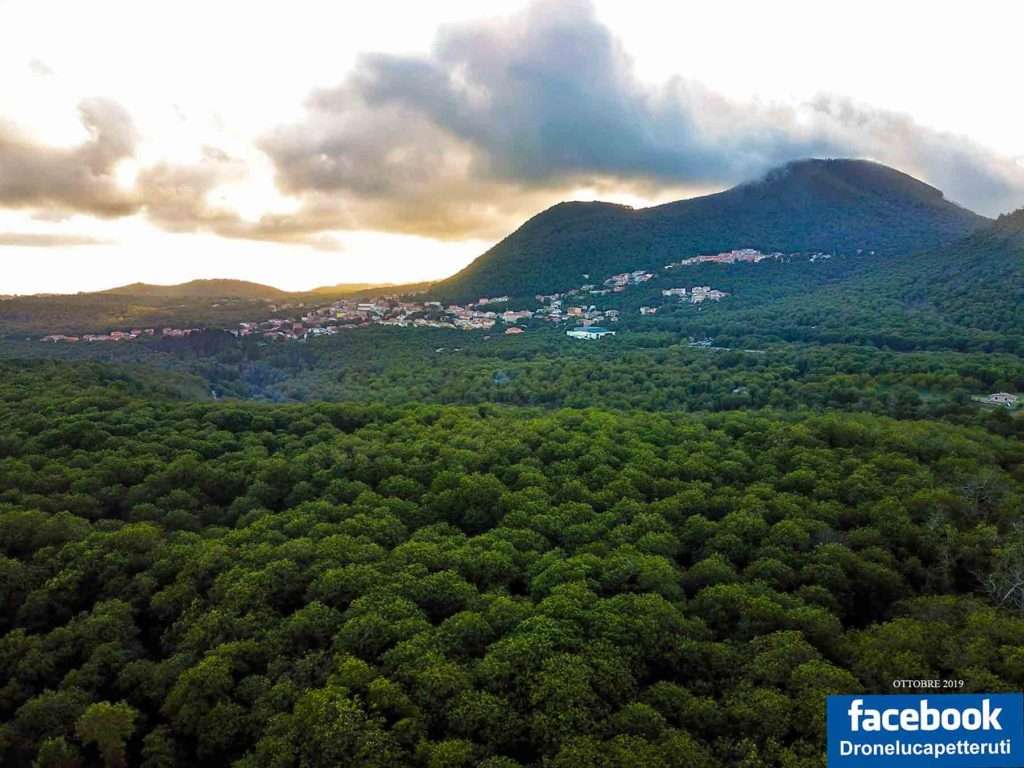 View of the Volcano

Roccamonfina is a small town located in the Southern region of Italy in the heart of a volcano. In the rural side is the inactive volcano of Roccamonfina, which is the main reason behind the recognition of this town. There is a rich culture and history in this small town with a population of 3,462 according to 2017 census. It is present inside the province of Caserta in South Italy. The volcano Roccamonfina is very popular and became a centre of attention, then people started to notice this small town located inside the inactive volcano. Roccamonfina is present at an elevation of 1,005m. Although the population is not huge in a number of the locals, the place is always filled with tourists, and that’s what keeps the business booming. People face no problem in earning as a large number of attractions present here automatically attracts people from the outside world. Other than regular attractions, there are many religious attractions present in Roccamonfina which is also a part of their culture. There are many churches and cathedrals that are points of interests in this area which will be discussed in this guide.

The main attraction of Roccamonfina is the sanctuary of Maria Santissima dei Lattani, which was established in 1430 by St. James of the Marches and St. Bernardino of Siena and extended in 1448–1507 to the present form. With the original wooden door from 1507, the façade has a huge portico. The interior has an aisle-free nave with mosaics from the 15th to 17th centuries. The Lattani’s Virgin Chapel has a “Madonna with Child” sculpture, possibly dating back to the 9th century.This monastery has a cloister of two stories.

The Santa Maria Maggiore Collegiate Church is of ancient roots, but its present appearance dates back to the reconstruction in 1715. The Palazzo Colletta is on the same square.
With the recent passing of the Chestnut festival and Porcini Mushroom in the past weekends showed that the festivals in Roccamonfina are full of colour and joy. The chestnut festival is celebrated because of the dense sweet chestnut trees surrounding Roccamonfina and the Porcini Mushroom festival in which there are many dishes prepared by the abundant species of this mushroom which is enjoyed by all.

The waterfall of the Savone river in Roccamonfina adds natural beauty to this culture-rich town. The Savone is born in Roccamonfina and falls in the territory of Teano where you can observe ancient ironworks and a 30m waterfall popularly known as Le Ferriere del Savone.
The Lavatory of the Acquarotta in Roccamonfina is one of the most ancient wash houses from where people not only got their water for domestic but also did their laundry; carrying their clothes in a basket above their heads. This washhouse has been reconstructed recently. It is located between Cari and Cembali which you can access by the end of the paved road.
Other than the aforementioned attractions there are places like the Queen’s garden, located on the Mount La Frascara, surrounded by ancient megalithic walls.

The Collegiate Church of Santa Maria Maggiore which is located in the Piazza Nicola Amore is also an admirable structure showing the religious ties of the people of Roccamonfina with their culture.

It is said that if you are interested in the past of a nation and their interests, then you must visit the local structures and their museums to get a clear depiction of their mentality. The Magma Museum was one notable museum in Roccamonfina but unfortunately, the museum its closed permanently

Is said to have a presence of settlements as early as the 3rd century, but the documented settlement is after the 10th century. It shows how much culture and heritage Roccamonfina contains in its small little town in South Italy.
The Volcano of Roccamonfina, stretches between the Volturno (south-east) and Garigliano (north-west) valleys and is flanked by Monte Cesima, Monte Camino, Monte Maio, Monte Massico and the first branches of Mount Matese, has a crater diameter of roughly 6 km.
The settlement of today’s Roccamonfina sits at the foot of these aforementioned slopes, surrounded by lush vegetation made up largely of centuries-old chestnut trees.
The volcano on which this town has laid its foundation, and it is considered extinct because according to research the last time it erupted was 50,000 years ago, so there is no danger for the people of Roccamonfina to live here.
The oldest settlements are seen to have come here 30-50,000 years ago because of the presence of ancient human footprints in the territory around Roccamonfina. Not only that but there have been scriptures and coins found which are dated as back as 3rd century showing that their culture is vast and maybe diverse as well considering such a long period may subject to a great number of foreigners making Roccamonfina their resting place.

Roccamonfina being a mountainous and volcanic region is colder with a dense forest of sweet chestnut trees and different kinds of mushrooms; Porcini being the most abundant.
The main resource consists of centuries-old chestnut woods; architectural features of great historical and artistic value are also to be illuminated, found in the numerous residential areas of the towns assigned to the Monte Santa Croce Mountain Group.

In a regional context, the marginal position of the Mountain Community does not affect accessibility: the area is served by road and rail along the Naples-Rome route. From this, a road network begins that allows adequate mobility and thus good use of the landscape, environmental values, cultural heritage and urban sites by crossing the territory.
The wild boar, Italian wolves, badgers and hares are the common macrofaunae on the mountainous region of this part of the province of Caserta.

The Savone, Garigliano and Peccia rivers are also responsible as a home for water fauna of Roccamonfina. These rivers end in the Tyrrhenian sea where there is plenty of aqueous fauna to benefit from.

All in all, Roccamonfina is a small-town South of Italy located inside an ancient and extinct volcano that erupted almost 50,000 years ago and is now considered as extinct. This small town is housing a lot of culture because of its history with ties to the 3rd century. So if you’re planning your vacation and wish to visit a town with a lot of history and amazing culture, Roccamonfina is the way to go.

➡ Check some great pictures of this wonderful place